In March 1966, Presbytery approved the creation of a congregation in the new sub-divisions of Brevoort Park and Eastview.  The auditorium of Walter Murray Collegiate was rented as a “temporary home” for the new church and the first service was held there on September 11, 1966.  The church was named in honour of Dr. Robert McClure, a medical missionary, who served many years in China and India as well as shorter periods in other parts of the world.  Dr. McClure was also the first layperson to serve as moderator of The United Church of Canada.

In the spring of 1968, the congregation began to consider the question of a building.  Discussions took place with neighbouring Anglican and Roman Catholic congregations about the possibility of a joint structure.  By 1972, the decision against such a structure led the McClure congregation to sell the land purchased for a church building and to use the proceeds for “Outreach” projects befitting a church bearing the name of McClure.  Long-term lease arrangements were made with the School Board to lease the auditorium and classrooms at Walter Murray Collegiate, and it remained the “home” of the congregation for almost twenty-three years with the final worship service being held there on January 15, 1989.

In 1983 the McClure congregation began studying an Outreach Program of enormous proportions:  a seniors’ enriched housing complex with an attached multi-purpose space to be used for worship, mid-week activities and office space.  Countless volunteer hours of dedicated study and labour resulted in the construction of McClure United Church and McClure Place.  The first service for the McClure Church congregation was held on January 22, 1989.  There was much rejoicing.  Emphasis that “McClure is not a building, McClure is the people” remains.  McClure Place was officially opened in May 1989 with 108 suites and office facilities.

In September 1989, the growth of the congregation was such that there were two services each Sunday morning.  Over the next decade the congregation went from approximately 350 households to over 800 households and, in that period of time, the mortgage was paid off and a third ministry staff member added.  The refugee program continued to actively involve many people, both refugees and volunteers.

The relationship with Holy Spirit Roman Catholic Parish, which started over thirty years ago, continues as both congregations endeavor to live out the “Covenant” signed jointly in 2000.  The Joint Ecumenical Committee comprised of members from McClure United Church and Holy Spirit Parish support and encourage the Covenant and how it affects our congregations.

The congregation of McClure United Church increases its ministry by innumerable hours of volunteer commitment.  The day-to-day life at McClure buzzes with the activity of dedicated people of all ages committed to the Board, committees, lay pastoral care, Church School, mid-week activities, the church office, special events and fund raisers.  All activities have an emphasis on nurturing the spiritual growth of the congregation.  McClure Place is an integral part of McClure Church and holds many activities in the church area.  However, McClure Place is separate in that it has its own staff and Board as well as resident committees.

In 2004, plans were approved for the building of Amy McClure House (an intermediate care facility), and the expansion and renovations of McClure Church.  In order for construction to begin, we first had to remove the two trailers which had been used by our Church School for 7 years.  These were later sold for $17,000 with proceeds to the Building Fund.  Construction officially began on March 24, 2004 when the pile driver moved onto the property.  All phases of the construction and renovations were in the hands of Wright Construction and supervised by Dennis Johnson.  While the contractors worked on the construction, plans were being made for the congregation to help defray costs.  This would be done in a number of ways.  Hours and hours were spent by many volunteers in all aspects of painting, landscaping and fence painting.  Tulip bulbs were planted by the Lakeview Preschool children for later enjoyment by the residents.

In 2005, Amy McClure House, with 21 intermediate care units, opened.  The name Amy McClure was chosen to recognize the support she had given to her husband, Dr. Robert McClure.  The Official Opening and Dedication of Amy McClure House was held on April 24, 2005 at 1:30 p.m.  The ribbon was cut by Amy and Bob McClure’s daughter, Norah Busby.

The expanded and renovated Church building was completed.  McClure Place and McClure United Church work cooperatively to seek ways of being faithful to the Gospel of Jesus Christ.  The Official Opening and Dedication of the Church Building Expansion also happened at 12:15 p.m. on April 24, 2005.

McClure continues to grow in membership, staff and activity. This helps to support the focus on, and support for, Outreach projects. The focus is central to McClure's existence.

A central characteristic of the McClure congregation has always been the quality and depth of the worship services in word and music.  Through times of celebration and through times of trial, the people of McClure have been led by their belief in God, our loving Creator, in Jesus Christ, our Saviour and Lord, and in the Holy Spirit, our companion and guide.  We give thanks for all who have been part of the history of McClure, and we seek God’s continued presence as we journey into the future. 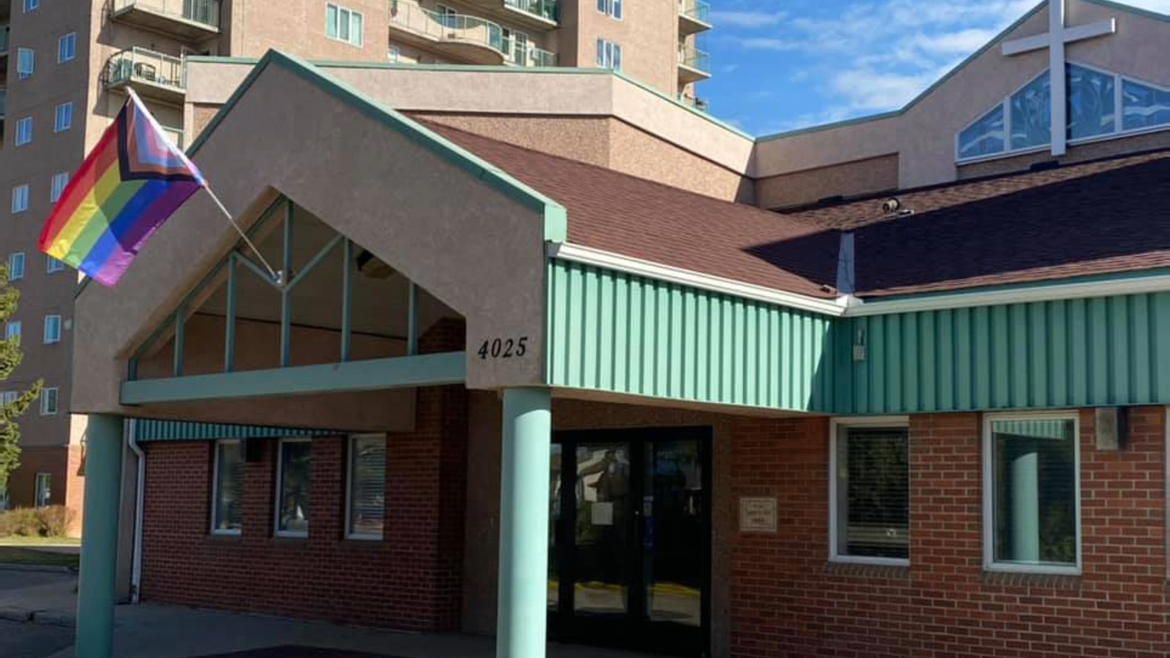